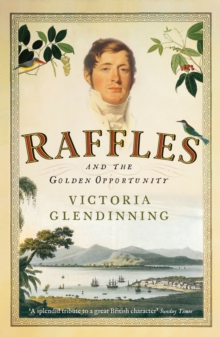 Thomas Stamford Raffles (1781-1826) was the charismatic and persuasive founder of Singapore and Governor of Java.

An English adventurer, disobedient employee of the East India Company, utopian imperialist, linguist, zoologist and civil servant, he carved an extraordinary (though brief) life for himself in South East Asia.

The tropical, disease-ridden settings of his story are as dramatic as his own trajectory - an obscure young man with no advantages other than talent and obsessive drive, who changed history by establishing - without authority - on the wretchedly unpromising island of Singapore a settlement which has become a world city.

After a turbulent time in the East Indies, Raffles returned to the UK and turned to his other great interests - botany and zoology.

He founded London Zoo in 1826, the year of his death. Raffles remains a controversial figure, and in the first biography for over forty years, Victoria Glendinning charts his prodigious rise within the social and historical contexts of his world.

His domestic and personal life was vivid and shot through with tragedy.

His own end was sad, but his fame immortal.