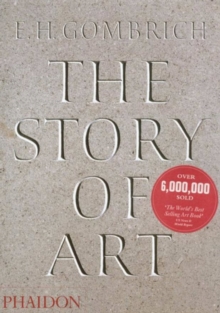 The story of art

This text is the 16th revised and updated edition of this introduction to art, from the earliest cave paintings to experimental art.

Eight new artists from the modern period have been introduced.

A sequence of new "endings" have been added, and the captions are now fuller, including the medium and dimension of the works illustrated.