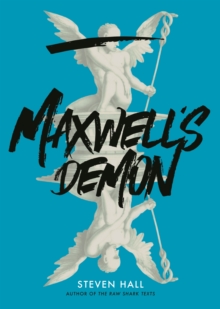 CareyThomas Quinn is having the strangest autumn . . . Nine years ago, his mentor Andrew Black wrote a million-copy-selling mystery novel - and then disappeared.

Now could it be that Thomas is being stalked by the hero of Black's book? And that new answerphone message sounds a lot like his own father.

His father who has been dead for years. Thomas's wife Imogen usually has the answers but she's on the other side of the world.

If he can just find Black, perhaps Thomas might start finding some answers . . . With the same white-knuckle thrills as Hall's first novel, The Raw Shark Texts, Maxwell's Demon is a freewheeling investigation into the magic power locked inside the alphabet, love through the looking glass, the bond between parents and children, and, at its heart, the quest for meaning in a chaotic and untidy world.