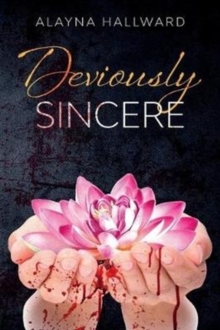 The media has compared the FBI's current serial killer to Jack the Ripper.

Not because of the way he kills, but because he can evade law enforcement.

This killer has an agenda, he believes his acts will purify women right down to their corrupt souls.

While his work is well known, the FBI still cannot do anything.

That is until Agent Tilda Wain decides to think outside of the book.

The best way to catch a serial killer is to seek out the help of another.

The only killer that can be of assistance is one that holds the same beliefs.

Even though Hyde is their ideal helper, his views and time in the asylum leave him as unreliable in most people's eyes.

Tilda is not willing to drop her ideas. While Hyde does hate women, Tilda knows a way around such trivial matters.

In her attempt to gain more information, Tilda soon finds herself in the line of fire.

If she persists in her search, more than her honor will be lost.

This book calls into mind the ideas of purity and the act of redemption.

These acts of redemption are the ideas of a maniac. Names and places all hold value in the story and should never be forgotten.