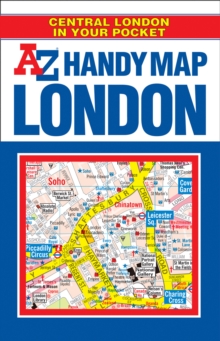 Buildings open to the public, places of interest, theatres, cinemas, selected shops and stores, main shopping streets and other locations of interest to the visitor are a feature of this map.

A detailed street map of the central area is included. The index to the map is on the reverse and has separate lists of streets, places of interest, cinemas, theatres and stations (which include London Underground, National Rail and Docklands Light Railway stations).

A central London Underground Map is printed on the back cover.