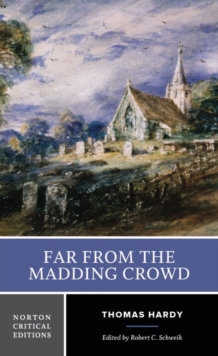 It also incorporates revisions that Hardy made in his "study copy" of the novel and in his marked printer's copy and page proofs for the Harper and Brothers "sixpenny edition" of 1901, whenever these revisions could be confidently judged to represent Hardy's final deliberate intent. The resulting text includes revisions by Hardy which have never appeared before in a modern edition. The novel is fully annotated and is accompanied by Hardy's map of Wessex and a simplified map of the landscape of Far from the Madding Crowd. "Textual Notes" include a list of emendations, examples of variant readings from the manuscript to the Wessex edition, and a discussion of the choice of copy text. The textual history of the novel is traced in extracts from studies by Richard Little Purdy and Simon Gatrell. "Backgrounds" includes substantial extracts from Hardy's correspondence with Leslie Stephen and is followed by a selection of contemporary reviews. Twentieth-century "Criticism" is represented by Howard Babb, Roy Morrell, Alan Friedman, J.