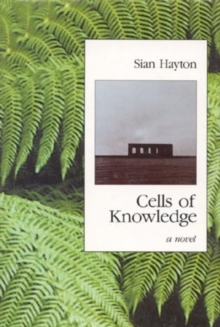 In this powerful and visionary novel of Celtic Britain in the tenth century, Sian Hayton writes of the Christianizing of the pagan world that was the overthrow of woman; of one particular woman in the north of Britain who comes to the monks to learn about the new faith, and they are scandalized by her beauty and her physical strength-is not all flesh incurably foul and corrupt?-and her candid heart-did not Eve in her accursed innocence betray mankind to woe? And they rejected her, and she set off on foot to return whence she had come.

One of the monks, Selyf, a roan no longer young, follows after her in the hope of finding her traces, and overtaking her, and sifting her to establish whether she is a witch or merely ignorant of God's word.

What he learns, and retails in letters to his bishop, is a stupendous legend of chathonic powers and of a race that dies in every generation to be reborn with all the knowledge of its line.

Selyf's letters are studied by his successor, a younger and more worldly man, whose marginal gloss makes it clear that neither man has lived a life that will help him to assess the evidence before him, and neither can determine whether the woman is good or evil.

Sian Hayton's language is simple, direct, and numinous, Her allegory is the fable of life.