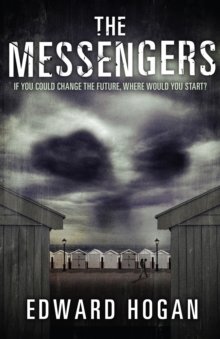 "Perhaps we're here to save a few people. Maybe that's the gift."Fifteen-year-old Frances has been sent down to the coast for a little break.

Her brother, Johnny, is out on bail after punching an off-duty policeman, and some shady characters have thrown a brick through the window of their flat.

Frances's mum went off to stay with her boyfriend and Frances is sent to Helmstown, to live with her aunt, uncle and cousin Max.

Frances befriends Peter Kennedy, a somewhat tramp-like character who lives in a beach hut along the Helmstown seafront.

As soon as they meet, Peter recognizes that Frances is a messenger, just like him.

Afterwards, when they come round, they have the ability to draw, in minute detail, the scene of an accident.

Peter lives with the burden of telling the people in his drawings about the circumstances of their death.

He believes that if he doesn't, something bad will happen to his family.

While Frances lives in dread of anything happening to her brother Johnny, she begins to think more positively: although she can't change the past, she can change the future, at least for a chosen few.

Another compelling and thrilling novel for teenagers by the young author of the highly acclaimed Daylight Saving.