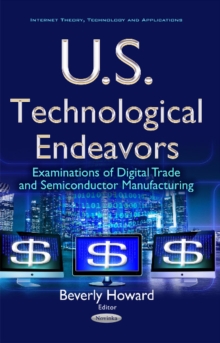 Part of the Internet theory, technology and applications series

As the rules of global Internet develop and evolve, digital trade has risen in prominence on the global trade and economic agenda, but multilateral trade agreements have not kept pace with the complexities of the digital economy.

The economic impact of the Internet is estimated to be $4.2 trillion in 2016, making it the equivalent of the fifth-largest national economy.

According to one source, the volume of global data flows grew 45-fold from 2005 to 2014, faster than international trade or financial flows.

Congress has an important role to play in shaping global digital trade policy, from oversight of agencies charged with regulating cross-border data flows to shaping and considering legislation to implement new trade rules and disciplines through ongoing trade negotiations, and also working with the executive branch to identify the right balance between digital trade and other policy objectives, including privacy and national security.

It also discusses the digital economy and cross-border trade, and U.S. semiconductor manufacturing.