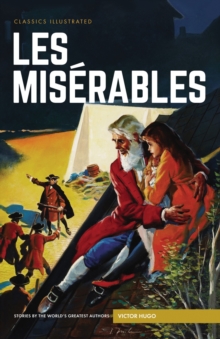 Victor Hugo's novel of early 19th Century France, as told through the experiences of the ex-convict, Jean Valjean.

This edition also includes a biography of Victor Hugo, theme discussions and study questions, which can be used both in the classroom and at home to further engage the reader in the story.

The Classics Illustrated comic book series began life in 1941 with its first issue, Alexandre Dumas' "The Three Musketeers", and has since included over 200 classic tales released around the world.

Each book contains dedicated theme discussions and study questions to further develop the reader's understanding and enjoyment of the work at hand.