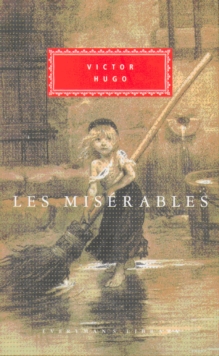 Tolstoy is said to have called Les Miserables the greatest novel ever written, and it exerted a powerful influence on the creation of War and Peace.

At one level a detective story in which the relentless Inspector Javert obsessively pursues the escaped convict Jean Valjean, culminating in a dramatic chase through the sewers of Paris, at another level Hugo's masterpiece is a drama of crime, punishment and rehabilitation set against a panoramic description of French society in the years after Napoleon's fall from power.

But this book is also about the metaphysical struggle between good and evil in the soul of every man and every community.

Coloured by Hugo's distinctive philosophy, it is a plea for social justice, political enlightenment and personal charity which continues to speak with the undiminished authority more than a century after its first appearance.