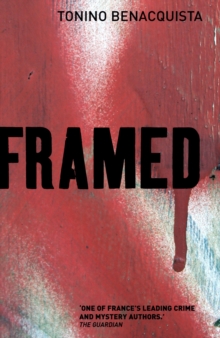 By: Benacquista, Tonino,  Hunter, Adriana(Translated by)

Antoine's life is good. During the day, he hangs pictures for the most fashionable art galleries in Paris.

Evenings, he dedicates to the silky moves and subtle tactics of billiards, his true passion.

But when Antoine is attacked by an art thief in a gallery his world begins to fall apart.

His maverick investigation triggers two murders - he finds himself the prime suspect for one of them - as he uncovers a cesspool of art fraud.

A game of billiards decides the outcome of this violently funny tale, laced with brilliant riffs about the world of modern art and the parasites that infest it. "You know, you can see parallels in the histories of crime and painting.

At first, men painted as they kill, with bare hands.

Raw art, you could say...Instinct before technique. Then came instruments, the stick, the brush. One fine day, painting with knives began. Look at the work of Jack the Ripper...And then the gun was invented.

Painting with a gun brought something final and radical. And today, in the age of terrorism, they paint with bombs, in cities, in the metros.