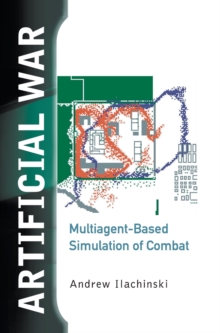 Military conflicts, particularly land combat, possess the characteristics of complex adaptive systems: combat forces are composed of a large number of nonlinearly interacting parts and are organized in a dynamic command-and-control network; local action, which often appears disordered, self-organizes into long-range order; military conflicts, by their nature, proceed far from equilibrium; military forces adapt to a changing combat environment; and there is no master "voice" that dictates the actions of every soldier (i.e., battlefield action is decentralized).

Nonetheless, most modern "state of the art" military simulations ignore the self-organizing properties of combat.This book summarizes the results of a multiyear research effort aimed at exploring the applicability of complex adaptive systems theory to the study of warfare, and introduces a sophisticated multiagent-based simulation of combat called EINSTein.

EINSTein, whose bottom-up, generative approach to modeling combat stands in stark contrast to the top-down or reductionist philosophy that still underlies most conventional military models, is designed to illustrate how many aspects of land combat may be understood as self-organized, emergent phenomena.

Used worldwide by the military operations research community, EINSTein has pioneered the simulation of combat on a small to medium scale by using autonomous agents to model individual behaviors and personalities rather than hardware.