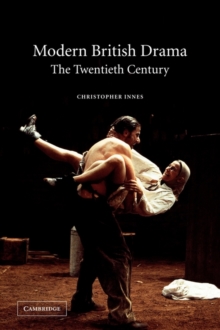 A revised and updated version of Modern British Drama, 1890 1990, now covering the whole twentieth century, this is the first one-volume analysis of English playwriting to cover the most exciting and productive period in British Theatre from its inception to today.

Through detailed discussions of major dramatists and plays, Innes traces the evolution of modernism from Bernard Shaw to Patrick Marber and Sarah Kane, and theatrical developments over the whole century.

Includes information on the social and political environment surrounding the plays, first productions, and critical reception, plus chronology, illustrations from key performances, lists of playwrights and works, and selective bibliographies.

An invaluable guide for students, theatre-goers and theatre historians.