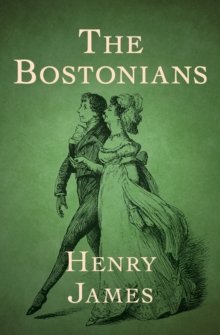 When Basil Ransom, a headstrong Mississippi lawyer, comes to Boston to call on his wealthy activist cousin, Olive, an epic battle of wills ensues. Basil is a conservative of the most ardent type while Cousin Olive is steadfast in her radicalism. Perhaps for a laugh, perhaps for a story to tell his lawyer friends back in Mississippi, Basil accompanies Olive to a women’s emancipation rally, whereupon he falls irrevocably in love with a young suffragette, Miss Verena Tarrant, and sets about trying to rewrite her beliefs. The problem is that Olive has been grooming Miss Tarrant as her protégé. Will Basil reform the lovely young activist orator, or will Olive win the young woman’s heart and mind?

Often proclaimed James’s funniest novel and regarded as his most successful political work,The Bostoniansdeals with love and friendship in the awkward landscape of shifting social roles, feminism in post–Civil War America, and a woman’s place in this brave new world. Funny, astute, and merciless,The Bostoniansis one of James’s most successful portrayals of a world teetering between old values and the relentless march of social progress.