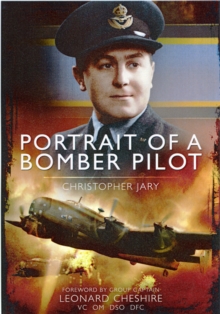 Portrait of a bomber pilot

The majority of aircrew, however, were young sergeants, many of whom did not survive to complete a first tour of thirty operations.

Between the two extremes there were, on every squadron, one or two senior captains who had survived one tour and whose experience, skill, courage, and example made a vital contribution to their squadron's life, training and operational success.

This book is about one such captain, Flight-Lietenant Jack Wetherly, DFC.

It traces his development from novice second pilot of a Wellington in the pioneering days of 1940 to senior captain of a Halifax in Wing-Commander Leonard Cheshire's squadron in what MRAF Sir Arthur Harris called his 'Main Offensive'.

It deals also with his pre-war life and service, flying tiny bi-planes with the RAFVR, and with his career as a flying instructor at the RAF College Cranwell and as an instructor of instructors at RAF Montrose.Above all, it is a personal book, inspired by the sacrifice made nearly half a century ago by a young man of twenty-eight. Acclaim for the work:"Reading Portrait of a Bomber Pilot, I felt that I was living with Jack Wetherly through the last few years of his young life.

He's a good man to be with - honorable, selfless, and an exceptional pilot...Christopher Jary has written of Jack Wetherly carefully, unsentimentally, and very movingly.

He has added a chapter to the brave, sad story of World War Two".