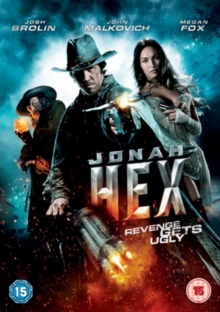 Western action based on the DC Comics series. Jonah Hex (Josh Brolin) is a Civil War veteran and bounty hunter with the ability to converse with the dead.

Soon after, he is ordered by Lieutenant Grass (Will Arnett) to hunt Turnbull, who is planning to bring devastation to the city, and Jonah accepts, eager to avenge the death of his family.

In the process, Jonah uses his resurrecting powers to find out information about Turnbull's whereabouts and the chase is on.