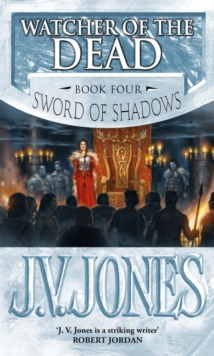 Watcher of the Dead

Part of the Sword of Shadows series

In the frigid wasteland of the north, Raif Sevrance, Watcher of the Dead, has endured many trials to lay claim to the renowned sword known as Loss.

But the price of wielding the legendary weapon is high, and Raif is unsure if he is willing to pay it.

Ash Marsh, Daughter of the Sull, still struggles to come to terms with her heritage, and the knowledge that the Watcher, armed with Loss, could be the one who will save the Sull - or end them.

Raina Blackhail, widow of a murdered ruler and wife of his brutal successor, has seen her clan disgraced and has, herself, taken up the mantle of chief.

But there are enemies both beyond her gates and within. And in the murky swamps of the Stillwater, two children will learn the secrets of the Marsh clan.

Secrets so terrifying they threaten everything . . .