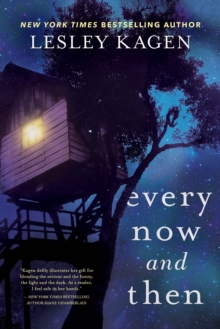 Every Now And Then : A Novel

That summer would change us . . . forever.

The summer of 1960 was the hottest ever for Summit, Wisconsin. For kids seeking relief from the heat, there was a creek to be swum in, sprinklers to run through, and ice cream at Whitcomb's Drugstore. But for Frankie, Viv, and Biz, eleven-year-old best friends, it would forever be remembered as the summer that evil paid a visit to their small town--and took their young lives as they'd known them as a souvenir.

With a to-do list in hand, the girls set forth from their hideout to make their mark on that summer, but when three patients escape from Broadhurst Mental Institution, their idyllic lives take a sinister turn. Determined to uncover long-held secrets, the girls have no idea that what they discover could cost them their lives and the ones they hold dear.

Six decades later, Biz, now a bestselling novelist, remembers that long ago summer and how it still haunts her and her lifelong friends in Every Now and Then, a story about the ties that bind us, the timelessness of grief and guilt--and the everlasting hope for redemption.