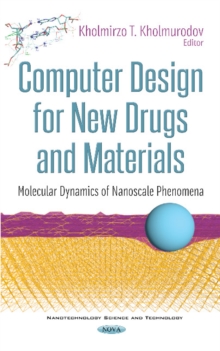 In this book, chapters from multiple experts have been collected that demonstrate the efficient use of the computer molecular dynamics (MD) simulation methods for the studying of nanoscale phenomena in materials and life sciences.

This volume contains the Proceedings of the International Symposium KSCMBS-2016 Khujand Symposium on Computational Materials and Biological Sciences (10th Japan-Russia Workshop on Molecular Simulation Studies in Materials and Biological Sciences), which was organized by the Frank Laboratory of Neutron Physics (FLNP), Joint Institute for Nuclear Research (JINR), Dubna, Russian Federation and Khujand State University named after Academician B Gafurov, The Ministry of Education and Science of The Republic of Tajikistan (HGU, RT) from 24-28 September 2016 in Khujand, Tajikistan.

It is remarkable that the first chapter opening this book is contributed by C Arnarez and S J Marrink, representatives of the same faculty from the University of Groningen in the Netherlands, where Professor Bernard L Feringa won the 2016 Nobel Prize in Chemistry "for the design and synthesis of molecular machines" (nanomotors and nanorobots), which are the actual topics of the current KSCMBS-2016 Japan-Russia-Tajikistan International Symposium.

In the first chapter, C Arnarez and S J Marrink have developed a computational microscopy approach based on a coarse-grained molecular dynamics simulation to study the mitochondrial membranes.

The developed method is capable of simulating the cell membranes and efficiently capturing the interplay between the lipids and proteins at a spatio-temporal resolution, which is unmatched by other methods.

The other interesting chapters of the book provide very broad and useful information to the readers by demonstrating the clear examples of how modern state-of-the-art molecular dynamics modelling can provide a molecular level of insight into the organisation and dynamics of the atomic/molecular processes in nanosystems, cell membranes, lipids, and proteins through new materials, exploring and new drug design.