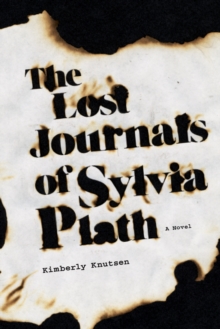 The Lost Journals of Sylvia Plath : A Novel

Lavender, father of three, instructor of women's studies, and self-proclaimed genius who is beginning to think he knows nothing about women.

Wilson's wife, Katie, is an anxious hippie, genuine earth mother, and recent PhD with no plans other than to read People magazine, eat chocolate, and seduce her young neighbor-a community college student who has built a bar in his garage.

Intelligent and funny, Katie is haunted by a violent childhood.

Her husband's "tortured genius" both exhausts and amuses her.

The Lavenders' stagnant world is roiled when Katie's pregnant sister, January, moves in.

Obsessed with her lost love, '80s rocker Stevie Flame, January is on a quest to reconnect with her glittery, big-haired past.

A free spirit to the point of using other people's toothbrushes without asking, she drives Wilson crazy.

Exploring the landscape of family life, troubled relationships, dreams of the future, and nightmares of the past, Knutsen has conjured a literary gem filled with humor and sorrow, Aqua Net and Scooby-Doo, diapers and benzodiazepines-all the detritus and horror and beauty of modern life.