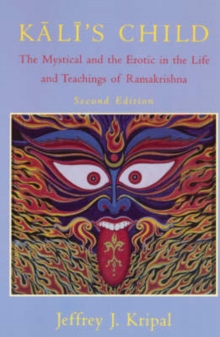 The 19th-century Bengali mystic Ramakrishna played a major role in the development of Hinduism and is regarded as a modern saint.

Yet he remains an enigma to followers unable to reconcile his saintly status with his eroticized language and actions.

Kripal shows how the heterosexual structure of Tantric symbolism, the abusive way its rituals were often forced upon the saint, and Ramakrishna's own homosexual desires all came together to produce in him profound feelings of shame, disgust and fear. Kripal establishes that the homosexuality of this great, if unwilling, Tantric mystic is linked inextricably to virtually every aspect of his life and teachings.