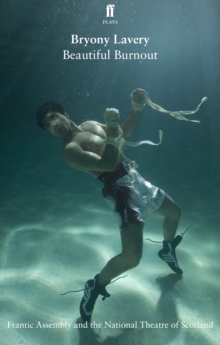 Faber and Faber
0571273602 / 9780571273607
eBook (EPUB)
19/08/2010
Available
English
100 pages
Copy: 10%; print: 10%
Keep your guard up. Protect yourself at all times. Protect your boy. Keep him safe. Keep him close. That is all that matters.Cameron is going places. He's going to see lights. He's going to make the world take notice and kneel at his feet. He's fighting for his club, his mum, his place in the world. And this boy is a natural. He has an affinity with the violence, the balance, the ritual, the grace and the power. He is indestructible.Beautiful Burnoutis about the soul-sapping three-minutes when men become gods and gods, mere men. It's about the second when the guard drops, that moment when the eyes blink and miss the incoming hammer blow.Beautiful Burnoutpremiered at the Pleasance Forth as part of the Edinburgh International Festival in August 2010 before touring the UK in a co-production between Frantic Assembly and the National Theatre of Scotland.