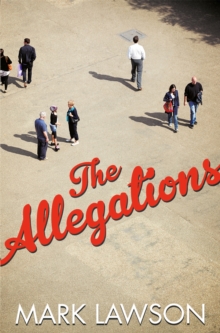 On the morning after he has celebrated his 60th birthday party at a celebrity-filled party, Ned Marriott is in bed with his partner, Emma, when there's a knock on the door.

Detectives from the London police force's 'Operation Millpond' have come to arrest him over an allegation of sexual assault. Ned is one of the country's best-known historians - teaching at a leading university, advising governments and making top-rating TV documentaries - but this 'historic' claim from someone the cops insist on calling 'the victim' threatens him with personal and professional ruin and potential imprisonment. Professor Marriott would normally turn for support to Tom Pimm, his closest friend at the university, but Tom has just been informed that a secret investigation has raised anonymous complaints, which may end Dr Pimm's career. Swinging between fear, bewilderment and anger, Ned and Tom must try to defend themselves against the allegations, and hope that no others are made.

The two men's families and friends are forced to question what they know and think.

Can the complainants, detectives, HR teams, journalists and Tweeters who are driving the stories all be seeing smoke that has no fire behind it? By turns shocking and comic, reportorial and thoughtful, The Allegations startlingly and heart-breakingly captures a contemporary culture in which allegations are easily made and reputations casually destroyed.

Asking readers to decide who they believe, it explores a modern nightmare that could happen, in some way, to anyone whose view of personal history may differ from someone else's.