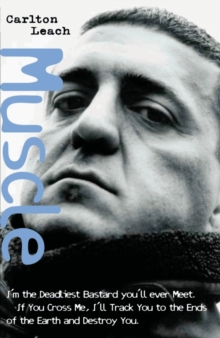 This is the autobiography of Carlton Leach, a man to be reckoned with.

He has earned himself respect throughout the deadly underworld he occupies.

Make a friend of Carlton and you have an ally for life; cross him at your peril.

For 20 years he has ranked among the toughest of Britain's brawn brigade.

He was a key member of the dreaded Essex Boys gang which ran riot in the eighties and the nineties, sparking a savage drugs war which saw three of his pals wiped out in the 1995 Range Rover massacre.

Even now, he knows that a bullet still has his name on it as a result of that simmering feud.

Carlton was minder to boxer Nigel Benn throughout his glory years in the ring and tells of the blood, sweat and tears of their special relationship.

He also tells how he saved four of his firm from being tortured to death and their wives and daughters raped in front of them after a #10 million heroin consignment went missing.