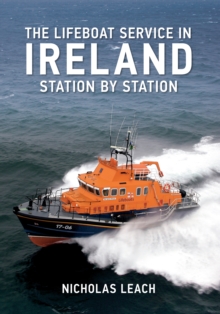 The Irish lifeboats station by station

Part of the The Lifeboat Service in ... series

For the past two hundred years, lifeboats have been stationed around the coasts of Britain and Ireland, ready to rescue the shipwrecked.

In times past, shipwrecks were much more common and there was little provision to help those stranded at sea.

Places such as the west coast of Ireland would see hundreds of wrecks per year, from small sailing vessels to large steamers.

By the beginning of the nineteenth century, volunteer lifeboats bgan to be stationed around the coast in the most dangerous areas and soon, the Royal National Lifeboat Association began to provide new stations and lifeboats.

With the introduction of these lifeboats around the coast, many lives have been saved over the intervening two centuries.

Ireland has seen more than its fair share of wrecks because of its location, with many vessels foundering after a tortuous journey across the Atlantic, as well as costal traders lost in storms or accident.

War has played a part too, with the western Approaches being the graveyard of many a torpedoed or mined vessel.

Nicholas Leach tells the story of each irish lifeboat station, both north and south, using photographs of the lifeboats, houses and rescues. His book provides a valuable record of two centuries of lifesaving along the Irish coast