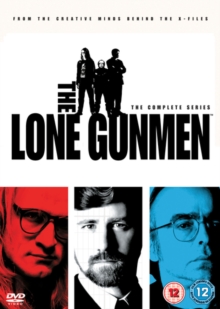 The Lone Gunmen: The Complete Series

All 13 episodes from the popular US sci-fi series created by Chris Carter ('The X Files').

The computer-hacking, conspiracy-exposing Lone Gunmen are always looking for that next big government cover-up that would bring their newsletter, 'The Lone Gunman', national attention.

Whether in their secret underground office or in the back of their old VW bus, this bumbling and often socially inept trio is routinely derided by their peers.

Now with a young, idealistic new member and a mysterious exotic female who is always one step ahead of them, the Lone Gunmen are double determined to protect millions of Americans by exposing truths that some would rather keep hidden.