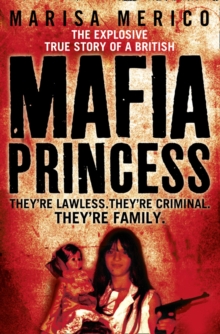 The explosive true story of a British Mafia princess

Marisa Merico, the daughter of one of Italy's most notorious Mafia Godfathers, was dazzled by her father, Emilio DiGiovine.

To her he was all powerful, sophisticated and loving; to the rest of the world he was staggeringly ruthless.

Marisa knew her father would do anything for her, but she hadn't expected just how much he would ask in return. Born to an English mother, Marisa turned her back on her quiet life in Blackpool to join her charming father, Emilio DiGiovine, who had spent years trying to tempt her back to Italy.

Arriving in Milan, Marisa had no idea she was returning to the heart of one of the most notorious drugs, arms and money laundering empires in the world. At first her father shielded her from the family operations and Marisa was overwhelmed by the attention and gifts he lavished on her.

But soon the temptation of a new recruit was too great and Marisa was drawn ever deeper into the family's sinister and brutal regime, witnessing things she was too scared to believe. The day she eloped with her father's chief henchman was the day her father decided she was ready to be initiated into the true nature of the family business.

Suddenly Marisa saw there was no limit to what he would expect her to do for him.

She knew it was wrong, she knew she had to get out, but she had no idea how she could break the sacred Coda Nostra - and survive. Marisa's extraordinarily story is the most powerful portrayal of a Mafia family to emerge in recent years.

It's the perfect balance of shocking violence, dangerous betrayals and enduring love.