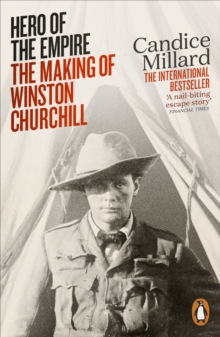 Hero of the Empire: the making of Winston Churchill

At the age of twenty-four, Winston Churchill believed that to achieve his ambition of becoming Prime Minister he must do something spectacular on the battlefield.

Although he had put himself in real danger in colonial wars in India and Sudan, and as a journalist covering the Spanish-American War in Cuba, glory and fame had eluded him.

Churchill arrived in South Africa in 1899 to write about the brutal colonial war against the Boers.

Just two weeks later, he was taken prisoner. Remarkably, he pulled off a daring escape - but then had to traverse hundreds of miles of enemy territory alone.

The story of his escape is extraordinary enough, but then Churchill enlisted, returned to South Africa, fought in several battles and ultimately liberated the men with whom he had been imprisoned.