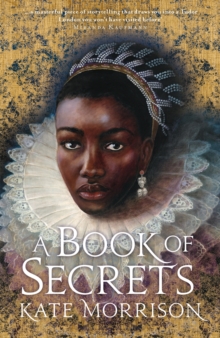 A Book of Secrets is the story of a woman named Susan Charlewood living in Elizabethan England.

Born in what is now Ghana, Susan is enslaved by the Portuguese but later rescued by British sailors, who bring her to England.

Once in England, she is raised and educated in an English Catholic household.

When Susan comes of age, the family marry her off to an older Catholic man, John Charlewood.

Charlewood runs a printing press and uses it to supply the Papist nobility with illegal Catholic texts and foment rebellion amongst the Catholic underclass.

When Charlewood dies, Susan takes over the business and uses her new position to find out more about her origins.

A look at racial relationships on the eve of the beginning of the transatlantic slave trade, A Book of Secrets is a revealing and compelling glimpse into a fraught time.