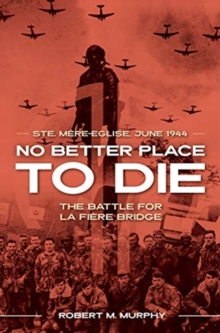 As part of the massive Allied invasion of Normandy, three airborne divisions were dropped behind enemy lines to sow confusion in the German rear and prevent panzer reinforcements from reaching the beaches.

In the dark early hours of D-Day, this confusion was achieved well enough, as nearly every airborne unit missed its drop zone, creating a kaleidoscope of small-unit combat. Fortunately for the Allies, the 505th Regimental Combat Team of the 82nd Airborne Division hit on or near its drop zone.

Its task was to seize the vital crossroads of Ste Mere Eglise, and to hold the bridge over the Merderet River at nearby La Fiere.

Benefiting from dynamic battlefield leadership, the paratroopers reached the bridge, only to be met by wave after wave of German tanks and infantry desperate to force the crossing. Reinforced by glider troops, who suffered terribly in their landings from the now-alert Germans, the 505th not only held the vital bridge for three days but launched a counterattack in the teeth of enemy fire to secure their objective once and for all, albeit at gruesome cost.

In No Better Place to Die, Robert M. Murphy provides an objective narrative of countless acts of heroism, almost breathtaking in its 'you are there' detail. Robert M. (Bob) Murphy, a Pathfinder and member of A Company, 505th PIR, was wounded three times in action, and made all four combat jumps with his regiment, fighting in Sicily, Normandy, and Holland.

He was decorated for valor for his role at La Fiere, and is a Chevalier of the French Legion of Honor.

After the war, he was instrumental in establishing the 505th RCT Association.