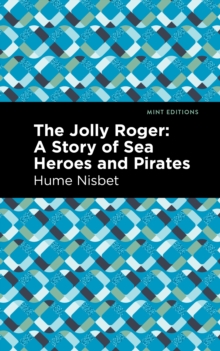 The Jolly Roger : a story of sea heroes and pirates

By: Nisbet, Hume,  Editions, Mint(Contributions by)

The Jolly Roger: A Story of Sea Heroes and Pirates (1891) is a novel by Hume Nisbet.

Published at the beginning of his career as a leading ghost story writer of the Victorian era, The Jolly Roger: A Story of Sea Heroes and Pirates is a tale of adventure inspired by the author's travels in Papua New Guinea.

Largely unknown by today's audience, Hume Nisbet was a versatile writer whose experiences as an artist and traveler inform his wide-ranging body of work.

From the mind of one of Victorian England's finest popular fiction writers comes a tale of swashbuckling adventure set during the tumultuous reign of King James I.

The story opens on the island of Laverne, a notorious pirate stronghold set in protective waters along the coast of South America.

From there, a group of brave and impossibly bold pirates embarks on a journey in search of fortune across the Spanish Main.

Along the way, they nearly succumb to the wiles of a thousand-year-old witch, perhaps the most memorable of Nisbet's creations, but certainly not the most terrifying.

With scant source material, the author summons an era of wonder and discovery for modern day readers, a feat which depends in no small part upon his own adventures on the islands of the South Sea.

With a beautifully designed cover and professionally typeset manuscript, this edition of Hume Nisbet's The Jolly Roger: A Story of Sea Heroes and Pirates is a classic of Victorian fiction reimagined for modern readers.