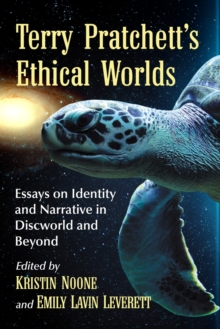 Terry Pratchett's writing celebrates the possibilities opened up by inventiveness and imagination.

It constructs an ethical stance that values informed and self-aware choices, knowledge of the world in which one makes those choices, the importance of play and humor in crafting a compassionate worldview, and acts of continuous self-examination and creation.

This collection of essays uses inventiveness and creation as a thematic core to combine normally disparate themes, such as science fiction studies, the effect of collaborative writing and shared authorship, steampunk aesthetics, productive modes of "ownership," intertextuality, neomedievalism and colonialism, adaptations into other media, linguistics and rhetorics, and coming of age as an act of free will. In all Pratchett's constructed worlds and narratives--from Discworld, to the science-fictional flat planet of Strata, from a parody of Conan the Barbarian's Cimmeria to the comedically apocalyptic Good Omens--questions of identity, community, and the relations between self and other are constantly examined, debated, and reshaped.

Pratchett's worlds thus become ethical worlds: fantasies in which language always matters, stories resonate with the past and the future, and choices emphasize the importance of compassion and creation.