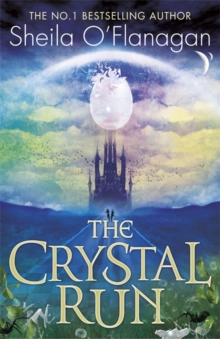 Part of the Crystal Run series

The gripping children's debut from the Sunday Times and Irish Times No. 1 bestselling author. A page-turning fantasy quest for children aged 10 and older and fans of Cornelia Funke, Susan Cooper and Philip Pullman. Joe is being chased by bullies from school when he accidentally runs through a portal to another world.

He finds himself in a training camp for a group of teenage boys and girls who will become Runners. Runners are the protectors of Carcassia. They must travel through the Kanabian enemy territory to replace the rare and powerful Kerala crystals which power the shield that protects Carcassia.

Once the Runners have achieved their objective, a toxin is released into their bodies and they die.

No one is permitted to return through the shield. And nobody can remain in the enemy territory. Hoping to find a way back to Earth, Joe accompanies the Runner, Kaia.

A delicate friendship develops between the two, and Joe wonders if he can save Kaia as well as himself. But as they pursue their Run, they come to question the histories they've been given, and the ambition of their enemy.

The Run becomes more dangerous than anyone could have envisaged.