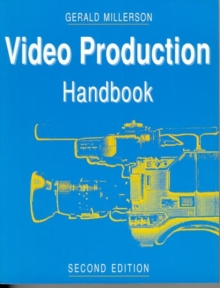 Review of the first edition:
' ... arguably the best introductory text
available on the subject' Journal of Education Television

The second edition of this comprehensive step-by-step guide to video production has now been extensively revised and enlarged, to include:

International reviews of the first edition include:
' ... arguably the best introductory text
available on the subject'
Journal of Education Television

Gerald Millerson has a long and distinguished career with the BBC Television Service, primarily associated with studio operations. His lecturing background includes courses in TV production given in American universities. His other books for Focal Press are the classic course text, The Technique of TV Production, The Technique of Lighting for TV and Film, Lighting for Video, Effective TV Production, TV Scenic Design Handbook and Video Camera Techniques.