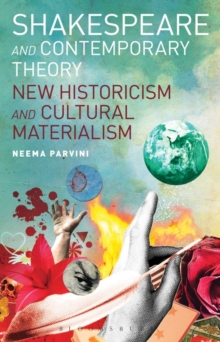 In the 30 years since the publication of Stephen Greenblatt's Renaissance Self-Fashioning overthrew traditional modes of Shakespeare criticism, New Historicism and Cultural Materialism have rapidly become the dominant modes for studying and writing about the Bard.

This comprehensive guide introduces students to the key writers, texts and ideas of contemporary Shakespeare criticism and alternatives to new historicist and cultural materialist approaches suggested by a range of dissenters including evolutionary critics, historical formalists and advocates of 'the new aestheticism', and the more politically active presentists.

Shakespeare and Contemporary Theory covers such topics as: - The key theoretical influences on new historicism including Michel Foucault and Louis Althusser. - The major critics, from Stephen Greenblatt to Jonathan Dollimore and Alan Sinfield. - Dissenting views from traditional critics and contemporary theorists.

Chapter summaries and questions for discussion throughout encourage students to critically engage with contemporary Shakespeare theory for themselves.

The book includes a 'Who's Who' of major critics, a timeline of key publications and a glossary of essential critical terms to give students and teachers easy access to essential information.