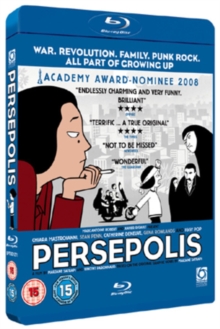 When the despotic Shah is overthrown in 1979, Marjane (voice of Chiara Mastroianni) and her family look forward to a new dawn in their beleaguered country.

As she grows up, however, Marjane realises that the new fundamentalist rulers are just as brutal as their predecessors.

Worried at her inability to stay silent where injustice is concerned, her parents send Marjane to Austria to study for a better life.

Alone in a strange land, Marjane encounters suspicion and prejudice but gradually comes to be accepted.

When high school is over, though, she finds herself feeling terribly homesick and makes the decision to return to her family in the increasingly repressive Iran...