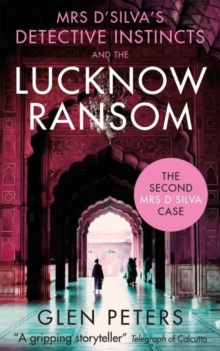 Also on the same train is Laxhimi, a notorious hijira prostitute: charismatic, sensual and powerful.

They are both running away to Lucknow to escape danger, but soon their lives will become entangled in a web of corruption and blackmail. Who is responsible for the poisoning at the factory?

Is it the Workers Revolutionary Movement, the Children of God under the sway of the charismatic Swami Naik, or someone else entirely? If only the police could help. But Detective Inspector Mallothra has based his investigative style on Mickey Spillane novels so it's down to Joan, her friends, and of course Errol, to unmask the perpetrator. With a cast of colourful characters, this new novel by Glen Peters is inspired by his youth in the dwindling Anglo-Indian community.

It is a witty, vivid tale of intrigue, immersed in the sights, sounds, smells and especially the tastes of 1960s India.