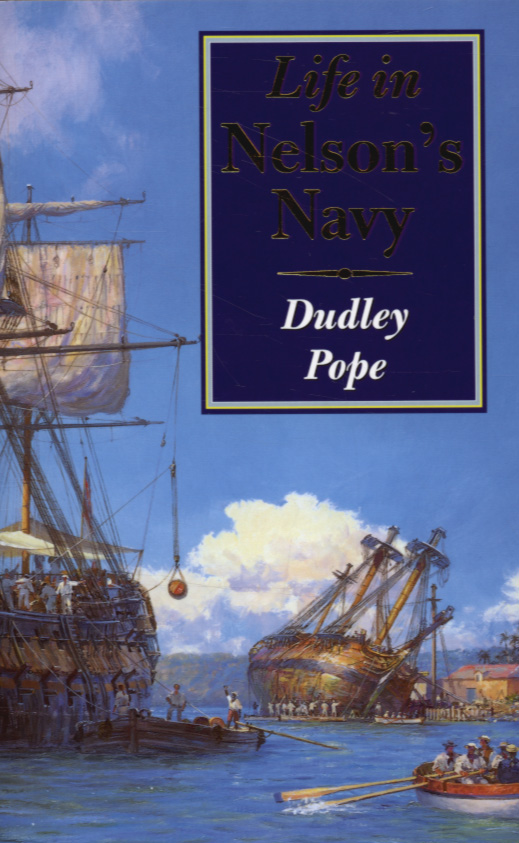 Real history with the narrative grip of the best fiction. The best background to the sea fiction of C S Forester, Alexander Kent and Patrick O'Brian.

Specially commissioned cover painting by Geoff Hunt. This is a gripping account of how the men of Nelson's navy lived and fought, written by the author of the ever-popular Ramage sagas.

Based on years of research and reading in contemporary sources, it brings alive, in a way that few other books have done, naval shipboard life during the Revolutionary and Napoleonic Wars. Every aspect is covered: the Navy's ships and their weapons, the daily routine of officers and men, the harsh discipline and punishments, the Press Gang, the threat of disease and how the Navy sought to combat it, and the ever-present lure of prize money.

It describes how the men who won the battles of Cape St Vincent, the Nile and Trafalgar lived their daily lives, and how in spite of all the hardships they faced, they dominated the seas so completely throughout the Napoleonic Wars. This highly readable book will delight and enlighten all those who seek a vivid yet accurate account of life in the Navy of Nelson's era. DUDLEY POPE served in the Second World War as a cadet in the Merchant Navy until wounded in the Battle of the Atlantic.

During seventeen years in Fleet Street as a naval correspondent he began his career as an historian and in 1959 he resigned to become a full-time writer.

In 1965 he set sail for the West Indies, where he and his wife lived and cruised until his death in 1997.

His other non-fiction books include the best-selling England Expects and Flag 4, both available from Chatham. SEVENTH REPRINT OF THIS EDITION