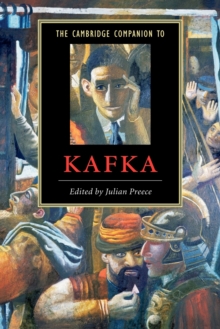 The Cambridge companion to Kafka

By: Preece, Julian (University of Kent, Canterbury)(Edited by)

Franz Kafka s writing has had a wide-reaching influence on European literature, culture and thought.

The Cambridge Companion to Kafka, offers a comprehensive account of his life and work, providing a rounded contemporary appraisal of Central Europe s most distinctive Modernist.

Contributions cover all the key texts, and discuss Kafka s writing in a variety of critical contexts such as feminism, deconstruction, psycho-analysis, Marxism, Jewish studies.

Other chapters discuss his impact on popular culture and film.

The essays are well supported by supplementary material including a chronology of the period and detailed guides to further reading, and will be of interest to students of German, European and Comparative Literature, Jewish Studies.