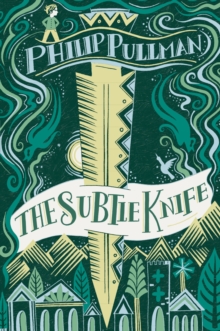 By: Pullman, Philip,  Castrillon, Melissa(Illustrated by)

NOW A MAJOR, CRITICALLY ACCLAIMED BBC/HBO TV SERIES"What is he?

A friend, or an enemy?" "He is a murderer." Will has just killed a man.

He's on the run. His escape will take him far beyond his own world, to the eerie disquiet of a deserted city, and to a girl, Lyra.

Her fate is strangely linked to his own, and together they must find the most powerful weapon in all the worlds... The second volume in Philip Pullman's incredible HIS DARK MATERIALS trilogy, in a stunning gift edition illustrated by Melissa Castrillon.