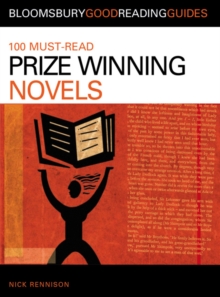 A large number of people each year make their reading decisions on the basis of prizes like the Booker and Orange Guide to Fiction.

This new title in the successful Must-Read series provides an overview of prize-winning fiction over the decades.

As well as Booker and Pullitzer prize-winners the book also finds room for those that have triumphed in less familiar prizes, such as the Betty Trask and the John Lewellyn Rhys.

It looks at prize winners in certain genres such as crime and science fiction, as well as prize winners from other countries: the French Prix de Goncourt and the Australian Miles Franklin award. Because of the sheer range of prizes across countries and genres - this is a diverse and rich list that no book worm would want to be without.