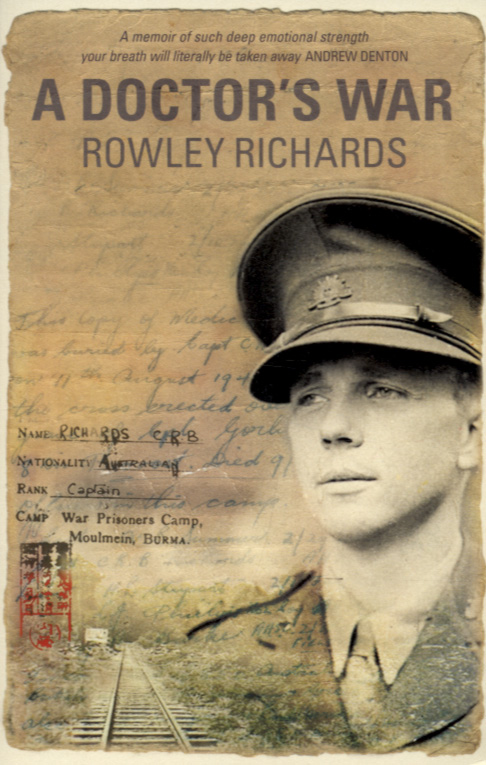 'I remember clearly the day my long-lost diary summary was returned to me.

It was 15 February 1947, the fifth anniversary of the fall of Singapore.

The events of the disastrous Malayan campaign and our surrender had been playing through my mind all day.' After the end of the Second World War, Australia's Directorate of War Graves Services uncovered an extraordinary document hidden in a bottle buried in a grave in Singapore.

It was a summary of the secret diary of Dr Rowley Richards, a POW and medical officer on the notorious Burma-Siam (Thailand) Railway.

Richards, who was just 23 when war broke out, witnessed the horror of camp life first-hand and through his work treating fellow prisoners suffering in the harsh conditions.

In a series of diaries he recorded the everyday brutality of the POW camps and also the courage, humour and mate ship of his comrades.

Just before being transferred to prison in Japan, he buried a summary of his contraband writings.

Astonishingly it was returned to him intact.Based on the diary summary and on Richards' other wartime writing, "A Doctor's War" is an intensely compelling memoir of battle, imprisonment and survival; a poignant story of hope and optimism in the face of great inhumanity.

It is one of the last great stories to emerge from the Second World War.