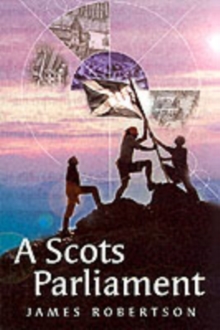 This book is a comprehensive introduction to the Scottish Parliament, both past and present, written in accessible, straightforward modern Scots.

Part One describes the modern institution, re-established in 1999 after nearly a 300-year absence: its functions, powers, activities, buildings and personnel, and its relevance to the everyday lives of Scots.

A brief history of the politics of post-Union Scotland, the establishment of the Scottish Office and the growing demand for devolved government in the 20th century, is also given.

Part Two describes the historical Parliament, from its medieval origins to its fully-fledged development as an arm of government under the Stewarts, through to the Act of Union in 1707.

The main events of this period, together with descriptions of incidents and individuals associated with the Parliament, and extracts from some of the many interesting pieces of legislation it passed, are given.