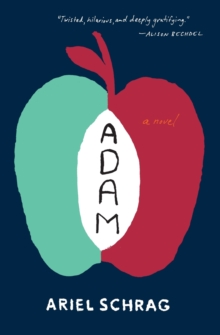 NOW A MAJOR MOTION PICTURE. A sweet and subversive coming-of-age novel by award-winning memoirist and screenwriter Ariel Schrag. When Adam Freedman-a skinny, awkward, inexperienced teenager from Piedmont, California-goes to stay with his older sister Casey in New York City, he is hopeful that his life is about to change. And it sure does. It is the summer of 2006. Gay marriage and transgender rights are in the air, and Casey has thrust herself into a wild lesbian subculture.

Soon Adam is tagging along to underground clubs, where there are hot older women everywhere he turns.

It takes some time for him to realize that many in this new crowd assume he is trans-a boy who was born a girl.

Why else would this baby-faced guy always be aroundThen Adam meets Gillian, the girl of his dreams-but she couldn't possibly be interested in him.

Unless passing as a trans guy might actually work in his favor . . . Ariel Schrag's scathingly funny and poignant debut novel puts a fresh spin on questions of love, attraction, self-definition, and what it takes to be at home in your own skin. "An insightful, funny, and unexpected love story."-Aimee Mann"[An] audacious coming-of-age novel."-Miami Herald "Compulsively readable."-Bookforum "Hilarious...Schrag's riotous, poignant debut novel will leave you reeling."-SF Weekly