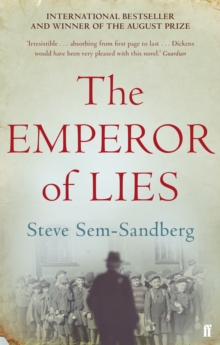 The emperor of lies

A compelling tale of power, corruption and compromise from one of Scandinavia's most revered authors. In February 1940, the Nazis established what would become the second largest Jewish ghetto in Poland, in the city of Lodz.

Thousands of others were transported and never seen again. Was Rumkowski an accessory to the Nazi regime, driven by lust for power, or was he a pragmatic strategist, actively saving Jewish lives through apparent collaboration?

Steve Sem-Sandberg draws on genuine chronicles of life in the Lodz ghetto to capture the full panorama of human resilience, and to question the nature of good and evil.