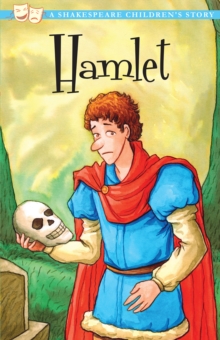 Hamlet is one of the most popular tragedies written by Shakespeare.

It tells the sad story of Hamlet; the Prince of Denmark returns home after gearing of his father's death it is then that he discovers the evil plot of his Uncle Claudius.

The play is focused around how Hamlet learns the truth about his father's death and seeks revenge - only for this to be his own downfall.Also available as part of a 20 book set, including Romeo and Juliet, Hamlet, The Tragedy of Macbeth, A Midsummer Night's Dream, A Winter's Tale, The Taming of the Shrew, The Tempest, Twelfth Night, Timon of Athens, The Two Gentlemen of Verona, The Merchant of Venice, Othello, Much Ado About Nothing, King Lear, Julius Caesar, Cymbeline, The Comedy of Errors, As You Like It, Anthony and Cleopatra and All's Well That Ends Well. About Sweet Cherry Easy Classics:Sweet Cherry Easy Classics adapts classic literature into stories for children, introducing these timeless tales to a new generation.