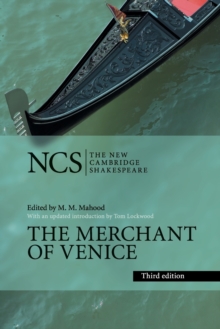 For this updated edition of one of Shakespeare's most problematic plays, Tom Lockwood has added a new introductory section on the latest scholarly trends, performance and adaptation practices which have occurred over the last two decades.

Finally, new forms of adaptation are considered: a performance transposed to the different generic mode of a New York auction room, and the remaking of the play in Howard Jacobson's 2016 novel, Shylock Is my Name.