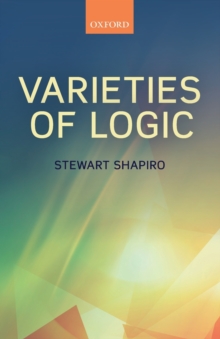 Logical pluralism is the view that different logics are equally appropriate, or equally correct. Logical relativism is a pluralism according to which validity and logical consequence are relative to something.

In Varieties of Logic, Stewart Shapiro develops several ways in which one can be a pluralist or relativist about logic.

One of these is an extended argument that words and phrases like 'valid' and 'logical consequence' are polysemous or, perhapsbetter, are cluster concepts.

The notions can be sharpened in various ways. This explains away the 'debates' in the literature between inferentialists and advocates of a truth-conditional, model-theoretic approach, and between those who advocate higher-order logic and those who insist that logic is first-order.

A significant kind of pluralism flows from an orientation toward mathematics that emerged toward the end of the nineteenth century, and continues to dominate the field today. The theme is that consistency is the only legitimate criterion for a theory. Logical pluralism arises when one considers a number of interesting and important mathematical theories that invoke a non-classical logic, and are rendered inconsistent, and trivial, if classical logic is imposed. So validity is relative to atheory or structure. The perspective raises a host of important questions about meaning.

The most significant of these concern the semantic content of logical terminology, words like 'or', 'not', and 'for all', as they occur in rigorous mathematical deduction.

Does the intuitionistic 'not', for example, have the same meaning as its classical counterpart?

Shapiro examines the major arguments on the issue, on both sides, and finds them all wanting.

He then articulates and defends a thesis that the question ofmeaning-shift is itself context-sensitive and, indeed, interest-relative.

He relates the issue to some prominent considerations concerning open texture, vagueness, and verbal disputes. Logic is ubiquitous. Whenever there is deductive reasoning, there is logic.

The most pressing of these concerns foundational studies, wherein one compares theories, sometimes with different logics, and where one figures out what follows from what in a given logic.

Shapiro shows that the issues are not problematic, and that is usually easy to keep track of the logic being used andthe one mentioned.