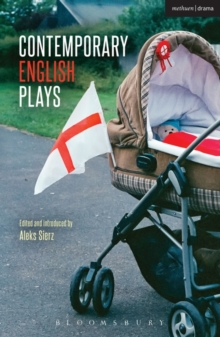 Edited and introduced by leading cultural and theatre critic Aleks Sierz, this bold and urgent collection of contemporary plays by England's newest and most relevant young writers explores the various cultures and identities of a nation that is at once traditional, nationalistic and multicultural.

Eden's Empire, by James Graham is an uncompromising political thriller exploring the events of the Suez Crisis, and the tragic story of its flawed hero - Churchill's golden boy and heir apparent, Anthony Eden. Alaska, by D. C. Moore features Frank, an ordinary bloke who likes smoking, history and playing House of the Dead 3.

He can put up with his job on a cinema kiosk until a new supervisor arrives who is younger than him. And Asian. A Day at the Racists, by Anders Lustgarten is a timely examination of the rise of the BNP which attempts to understand why people might be drawn to the BNP and diagnoses the deeper cause of that attraction. Shades, by Alia Bano shows Sabrina, a single girl-about-town, who is seeking Mr Right in a world where traditional and liberal values sit side-by-side, but rarely see eye-to-eye. The Westbridge, by Rachel De-lahay begins with the accusation of a black teenager which sparks riots on South London streets.

Among it all, a couple from very different backgrounds navigate the minefield between them and their disparate but coexisting neighbourhood.